Once again, I am blogging while half asleep. Travel is not fun anymore. The airports, crowded airplanes (our flight to Chicago was completely full), security hassles, and on and on. Still, we got the rental car and made the quick drive to Wisconsin—our first time there. 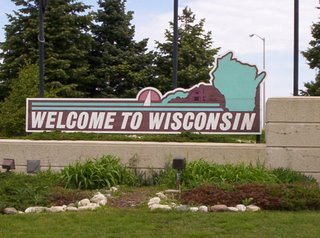 We went directly to the convention knowing we had plenty of time to check into the hotel. We cruised the floor, surfed the NRA Store, looked for gunnies we know, and didn’t find any.

We made the trek over to the separate arena in which the opening ceremony was held. I’m not sure why they couldn’t fit all the activities into one huge building (Midwest Airline Convention Center). But ’m glad I’m not a convention planner. I’d go out of my mind with all the scheduling conflicts, catering glitches, and everything else. Oh well, it was a nice walk in the sun, which I haven’t seen for too long while in New England. 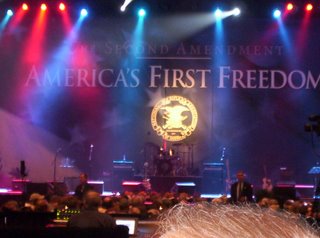 The opening ceremony went well. Wayne La Pierre worked the crowd before the actual ceremony. He, Chris Cox, and Sandra Froman welcomed attendees from the podium. 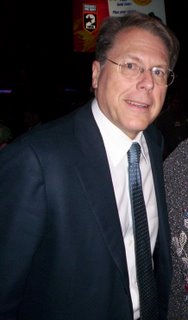 Ted Nugent played the Star Spangled Banner in a way guaranteed to anger at least some traditionalists and later fired up the crowd with challenges to sign up more NRA members.

Finally, country singer Royal Wade Kimes entertained us. As a nice touch he and several members of the band were strapped with cowboy belts and single action revolvers. He had a message for gun banners, "If you want my guns, come and get ‘em" as he cocked a lever action carbine. It is an NRA convention after all. 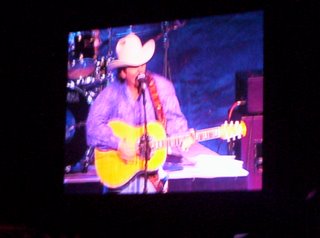 We’ll have another report tomorrow and more pictures. Most of the stage photos we took are a bit blurred--too dark for an inexpensive digital camera with a too slow shuttle. Glad I'm not a photo blogger.