Jimmy Cater and the AWB

Once again, I am late with this post. Oh well, better late than never.

The anti-gun media is pulling out all the stops. They are desperate to win some sort of gun control and frustrated that government, so far, is not listening.

Everywhere you turn news shows, news magazines, and newspapers have some sort of anti-gun story. They mostly concentrate on renewing the so-called “Assault Weapons Ban” and are now flavored with the canard that Mexican drug gangsters are buying machine guns, grenades, and other equipment from American gun stores and shows.

This time, the New York Times enlisted a gun owner, hunter, Nobel Peace Prize winner, and former U.S. president. None other than Jimmah Carter. He writes about hanging a hand-made musket in his White House office, his two handguns, rifles, and shotguns. Then he goes on and bashes anyone who owns a rifle with modern styling.

To him and to too many gunowners like him, the only purpose for a modern rifle is to kill cops. This is what we have to fight. We know that black rifles are used for serious competition, hunting, plinking, and many other legitimate activities. We know that only about 2% of criminals were arrested with military-style semi-autos.

This illustrates a problem of perception. Non-gun owners, misinformed gun owners, out-and-out Fudds—which I define as those who own guns, but actively work to ban certain types of guns—and anti-gunnies fear these rifles. Facts and figures are dismissed (as Jimmy Carter does here) in favor of emotional arguments. They state that these guns are cop-killers. That somehow bullets from black rifles can pass through police armor while bullets from their more powerful but old style rifles are stopped.

Perhaps our best recourse is to take someone shooting and present them the opportunity to shoot an AR-15 or AK clone. Then tell them that the rifle that they just shot is one of those that would be banned. They will be surprised and perhaps enlightened. Too bad most would never go shooting in the first place.
Posted by Denise was Here at 4/28/2009 09:00:00 AM No comments: 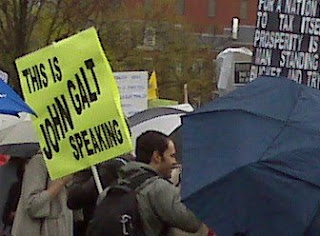 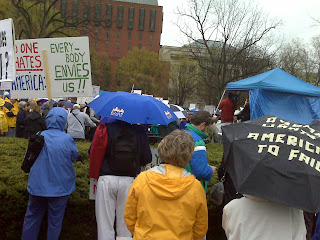 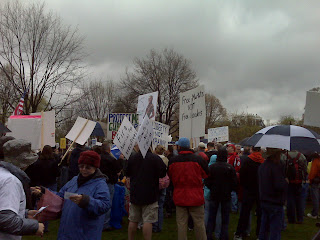 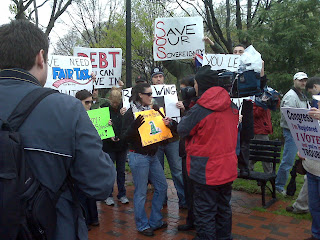 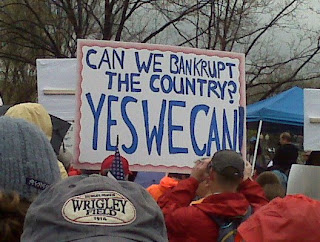 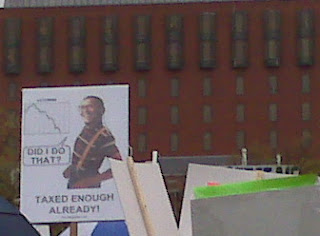 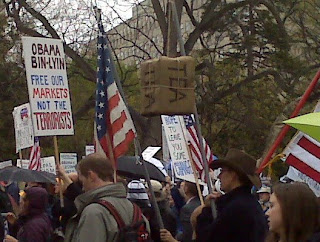 I first heard about this book at Michael Bane’s site. Bane’s review got me interested enough to buy and read it. Meanwhile, Smallest Minority reviewed it and mentioned it, so this is a double, maybe even triple, “me too” post.

Emergency: This Book Will Save Your Life, by Neil Strauss is not a survival manual. It has a few pointers in a continuing comic strip that includes some useful ideas; how to cut flexi-cuffs with paracord (only if whomever cuffed you is dumb enough to restrain hands in front), how to turn a credit card into a knife, how to make a ghillie suit, etc. Beyond these rudimentary points there is little that will actually save your life.


Instead, Emergency is about a liberal writer’s voyage into self-reliance. Strauss grew up in Chicago where if you needed to fix something you called the building super, if you needed to defend yourself you called a cop. After 9/11 and Katrina he began to fear dying in a disaster. As a lefty, he feared that “Bushco” could somehow force into cattle cars and blamed Bush for a slow Katrina response. He wanted to do something that could help him avoid such a fate.

He looked for a way to get a second citizenship (and eventually succeeded) in case he needed to bolt the country. He realized that if he needed to do so, he would have to survive until he could make it to his second country. He began collecting information and attending classes.

Along the way, he learned that not everything was as it seemed. He learned in Los Angeles’s CERT training that government would take three or more days to really help people. So much for Bush and Katrina.

He decided he needed to learn how to shoot and went to Guncite for training. He wanted to learn how to live off the land and went to Tom Brown Jr.’s tracking school. He realized he might need to provide medical assistance to himself or others and became an Emergency Medical Technician. He learned knife skills and how to slaughter a goat.

Along the way, he found out that to become self-reliant he had to rely on many people who had the skills to teach him. He also became a better citizen. He became someone who could and did stop at an accident scene and give aid.

He never gave up on his politics and I no longer agree with those politics. Yes, I gave him a couple or few dollars when I bought his book, but he has lessons to teach.

Chief among these lessons is that you must learn to survive from other people. Books can only take you so far. As Tom Brown said (quoted on p.253), “You can walk into any store and there are buy five survival manuals you can buy that will kill you.”

It behooves anyone who is interested in learning what it takes to become a small-s survivalist to read this book. It outlines a journey that many of us could take if we had the time and money.
Posted by Denise was Here at 4/08/2009 03:22:00 PM No comments:

I don't have time today to do a real blog post, work and all that. I am working on another "Gunnie Book Review," so please bear with me.

Thanks to Instapundit's link yesterday, a large (for us) number of visitors are seeing the Ten Ring for the first time. In lieu of new content, I want to re-post my favorite piece of writing. It has been lost in the dim reaches of time (2005, which in blog-years is practically the Middle Ages). This was a parody. Enjoy reading about the WinM-94, the newest, most deadly assault weapon to hit the market.
Posted by Denise was Here at 4/07/2009 01:13:00 PM No comments:

I have an example of the power of new media. Yosemite Sam and I have been blogging for about four years now. The Ten Ring has had a core of readers and I thank them for for their readership. Yesterday, SayUncle linked to a post I did on a TV show. Instapundit picked it up today probably from SayUncle. Now my SiteMeter is burning up. My first Instalanche. Thanks Glenn Reynolds.

So, we have a small blog and today we reached about 5,000 people and will be more by day's end. This new media has power and don't let newspaper editorialists convince you otherwise. After all, most of the newspapers have serious financial problems. One reason is that their readership is going to Instapundit and many other fine blogs. Newspapers lost out of new media, because they didn't act fast enough and when they did, they tried to force the old model on the new one.

Yosemite Sam and I used to post everyday, but due to new jobs, a move to the D.C. area, and other reasons we haven't posted as much. Still, there is good content here if you want to click around.

One regret, though, the post that Instapundit linked was one of those I tossed off in a few minutes unlike others that I have outlined, written, tweaked, edited, and then posted. It always seems to go that way.
Posted by Denise was Here at 4/06/2009 11:54:00 AM No comments:

Even on TV, Signs We Are Winning

Sometimes you just know when we're winning. Last night, Yosemite Sam and I were bored and watched the NBC show “Life.” I’d seen it once before and knew it stars Damian Lewis who played Major Richard Winters of “Band of Brothers” fame. In “Life,” Lewis plays a Los Angeles police detective.

I dreaded what would come when Lewis and his partner are called to a missing woman report and find her dead in a hot tub. The dead woman was running for Senate on an anti-gun platform called Initiative .38 (also the name of the episode). Hence the dread—not another Hollywood anti-gun screed, thought I.

Yosemite and I ended up being pleasantly surprised. The detectives visit a gun maker’s office after being pointed there by the dead woman’s political operative, a rabid gun banner. To make a long story short, the female president of the gun company was innocent.

It turned out (spoiler alert--highlight for spoilers) that the political operative and the woman’s husband were guilty. He decided to run for Senate. He even destroyed the two guns he and the operative had used, among other guns, on television as a campaign stunt. Thus, the anti-gunners not the gun company president were the bad guys.

It is refreshing to see a show take a different tack. The link to “Life” above includes a way to play the episode. As I said, we are winning when even Hollywood doesn’t use trite anti-gun formulas.
Posted by Denise was Here at 4/02/2009 11:39:00 AM No comments: