Yosemite Sam and I are back. I had a deskful of stuff waiting for me at work, including a couple of fires I had to put out.

My job entails a bunch of coordination and almost constant writing. That's one reason I don't blog much anymore. It's awfully hard to face the monitor when I've been staring into its depths all day. Besides, I feel I've said everything I ever wanted to say. Put those two together and you get little bloggy. Enough whining.

Yosemite and I attended the "Celebration of American Values: Freedom Experience" held in the Time-Warner Arena on Saturday night. I understand that Charlotte did not have a large enough venue to host a banquet, but I missed the banquet. I like sitting around the table and meeting gunnies and bloggers from anyplace in the country. I even like the excuse to throw on a bit of makeup and dress better than my work casual.

So, some thoughts to tie it together.... We enjoyed meeting and renewing long-distance friendships with all the bloggers that were there. We liked the cavalcade of guns and gear on the convention floor. We attended Ted Nugent's session on Sunday and he always gets one fired up to support gun rights.

Speaking for myself now, I hope that the almost six years I've been blogging has done some good in support of gun rights. I hope that I've added something to my readers' days. I hope I've provided information and maybe entertainment. I even hope that my love of the shooting sports has encouraged someone to buy a gun, learn how to use it, and find their own passion for shooting. I hope to get over the funk that has led me to write few posts. Maybe a new job....
Posted by Denise was Here at 5/21/2010 09:34:00 AM No comments: 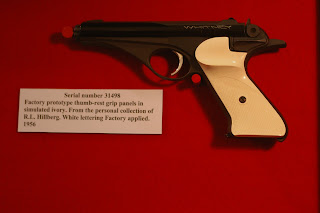 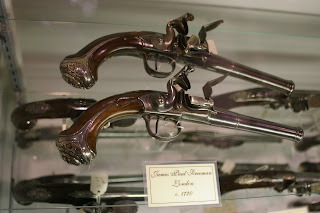 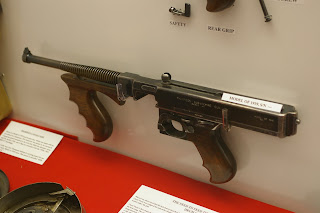 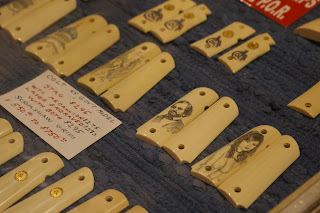 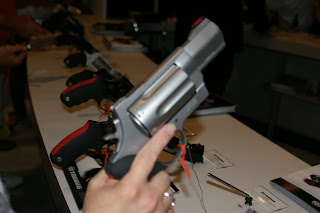 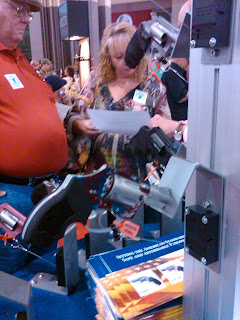 Sarah Palin visited the NRA Convention today. She received two standing ovations, one when she entered the stage and one when she exited. I've never watched her give a speech in person and have only seen snippets of other speeches. She's a much better speaker than the media wants us to believe.

Her theme included gun rights, hunting rights, and how much the media sucks on these topics. She poked fun at herself when she told us that she had collected some "You must be a Redneck" jokes and realized some of them fit her. She mentioned writing her speech on her hand.

She carries herself very well now and has learned a lot in the past two years. The progressives and media had better not underestimate her.

The speech included nothing about any of her further political hopes. If indeed she has any. But let's face it, she's laughing all the way to the bank now.

I like Sarah Palin. I don't know if she has what IT takes to be President, whatever IT is. But, she has a down home way about her that I find very appealing. She did one thing that I've never seen a speaker do that made me like her even more. After she gave her speech, she walked by the interpreter for the deaf who was standing on the corner of the stage. She turned toward the interpreter, touched her on the shoulder, and thanked her.

At one point, Governor Palin called herself an NRA gun-nut chick, or at least that's what the press thought of her. From one NRA gun-nut chick to another, you go Sarah!
Posted by Denise was Here at 5/14/2010 06:06:00 PM 1 comment:

We got here to Charlotte yesterday a little later than we planned, but not too bad. One thing we like about coming to the conventions is the chance to do side trips in different parts of the country. Yesterday, we got our history freak on and visited the battlefields around Petersburg, Virginia.

The Union troops attacked Petersburg hoping to cut off the Confederate capitol of Richmond. The first attack succeeded, but the commander didn't press his advantage and failed to take Petersburg.

A long siege ensued in terms both of time and distance. Troops built earthworks that stretched forty miles in some places. When you're driving in the National Park, you see unnatural hillocks throughout the forested land. They're the remains of the earthworks; the places where men fought, died, survived.

Petersburg is also the site of the Battle of the Crater. This was one of the most successful failures in military history. The explosion in the tunnel succeeded wildly, but the subsequent attack was a bloody disaster for the Union. Here are a few photos: 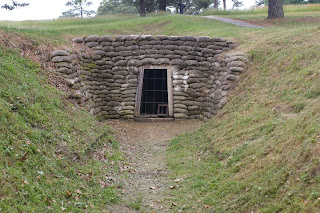 Opening to the tunnel Pennsylvania miners dug under Confederate lines. 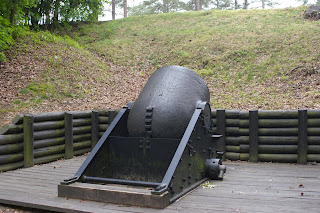 Reproduction of the "Dictator" mortar the Union troops used to shell Petersburg. 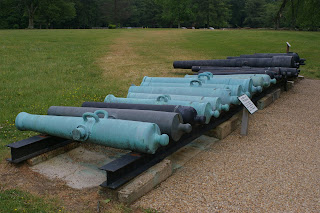 A selection of Civil War cannon including a Dahlgren Boat Gun, Napoleon, Parrot, and a British breechloader.
Posted by Denise was Here at 5/14/2010 01:06:00 PM 47 comments:

It's the time for our annual journey to the NRA Convention. This time it's in Charlotte, North Carolina. We plan to blog about the convention as we have done for the past five six years.

As is my usual practice here, I need to discuss the NRA. There are many gunnies out there that find it too compromising. They believe the NRA has made deals in the past that hurt our gun rights. Some of that is true. The NRA has been at the table when compromises were made such as during debate on the 1968 Gun Control Act.

Here's the thing. When you see a political freight train coming at you, do you stand in front of it, wave the Bill of Rights, and order it to stop? That's moral and non-compromising. It may even be on the side of angels, but it's often not effective. There are times when it is better to coax the brakeman into slowing the damn thing down. Maybe even stopping it.

Enough metaphors. There are people in these United States who don't believe the Second Amendment means anything except maybe some nebulous forgotten right for a state to sponsor a militia now replaced by the National Guard.

They believe the Second Amendment is an anachronism that's better ignored. They do not believe you have gun rights no matter how many times you quote the Bill of Rights. No matter how good your arguments are. They think gun rights supporters are beneath contempt. They believe unicorns will descend upon us when the last handgun is melted down (well maybe not unicorns).

These people vote, they influence politicians, they have shattered the plain meaning of the Second Amendment in city after city and in a few states. The NRA had consistently been the only thing that had slowed them down and sometimes stopped them. Other gun rights organizations have done excellent work. But, the NRA is the only one that the gun banners hate and fear.