A Visit to CMP

Bill and I managed to visit Camp Perry and the CMP store yesterday. I don't know how many of you have had the opportunity, but it is a good trip for gunnies.

We arrived on the Thursday before the start of the Camp Perry National Matches. Pistol and rifle shooters from all over the country will be coming here to compete beginning Sunday. Too bad we're not among them. As you can imagine, there was a lot of activity around the ranges--sprucing them up for the big week. I couldn't help but imagine what the area will be like next week, the ranges full, the small of powder, the sound of guns. 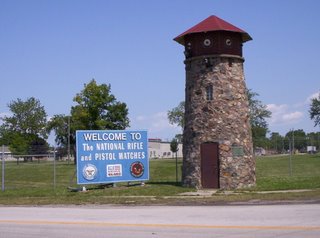 When we entered the camp, the guard directed us to the CMP store. The store is in a warehouse in a corner of the base reached by a gravel road. It’s small although there are a lot of "behind the scenes" areas. We roamed around about 100 racked M1Garands of various grades along with 1903 Springfields and .22 target rifles. Many of the guns were still thickly coated with cosmoline. 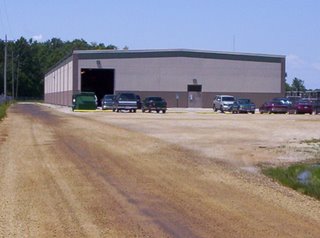 The staff helped about four people buy rifles while we were there. I was tempted to start my paperwork for a .22 target rifle, but looked at my checkbook balance and decided to wait for a better time. Besides, I’m not too sure about driving through New York State (we will be staying the night there) with a rifle in the car.

We picked up a bunch of Lake City .30-06 surplus ammo, a training DVD for Bullseye Pistol (never hurts to learn more), and a couple of books. We even got a souvenir CMP pen.

You have to do paperwork to buy ammo at the store, but Bill has already bought a 1903 from them and they had his information in their computer. 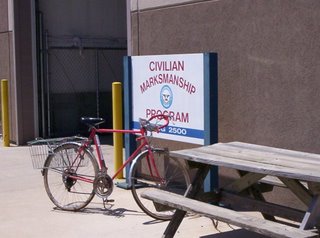 We have a little trepidation about carrying bulk ammo across New York State. Here we are free Americans and worried about carrying a legal product bought from a federally chartered public corporation. But, there you have it. Life in America today.