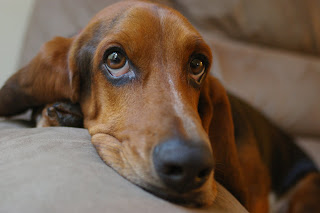 In the spirit of international diplomacy and cooperation I submit that Cooper the Wonder Basset would be a more suitable candidate. Just look at him, his cuteness has done at least as much for world peace as Obama.
Posted by Denise was Here at 10/09/2009 07:50:00 AM